The aqua med emergency hotline gets a call on th 21st July 2012 at 8:57 p.m. Christine L., an experienced scuba diver has had a serious accident while night diving in Egypt. Diagnosis: extended bite wound in the right knee joint and vascular injury caused by the bite of a barracuda.

Christine's logbook displays more than 650 dives in her homecountry as well as abroad, up till now without accidents. At the end of July she is on holiday in the South of Egypt, on a safari boat. She and her buddy Stefan are looking forward to diving at night.

Equipped with an underwater light, Christine dives in to explore the underwater world at night. Suddenly a big barracuda (Sphyraena barracuda) with a prey in its mouth swims within reach of the light. This prey fish can grow up to 2 meters in length and has razor-sharp teeth.

Possibly irritated by the light, the barracuda lets go of its prey – a parrotfish – and swims towards Christine. "I only saw those big teeth coming towards me and I pushed the fish away with my torch light. All of a sudden it came back from the left and bit me squarely in the right knee. I screamed in pain underwater and I don't know how I got out at all." Christine's bud immediately calls the Zodiac for help and she is pulled out of the water, heavily bleeding.

Thanks to the aqua med dive card, well visible on her jacket, the dive guide can contact the aqua med emergency hotline straight away, while the boat starts to sail towards Hamata. The aqua med doctor gives important first-aid measures, since the arterial or venous bleeding must be stopped immediately in case of such heavily bleeding injuries. Christine is still concious, but the loss of blood is already enormous.

The aqua med doctor on duty is permanently in contact with the boat in order to provide medical instructions. In the meantime, another aqua med doctor has been called to organise the medical care on land. Christine L. is in the South of Egypt at sea, therefore everything must be smoothly coordinated.

What kind of doctor has to be at the harbour to provide life-saving prevention measures? Which is the closest adequately equipped hospital? Where is the nearest ambulance? Who kann carry out operations on such injuries? Phone calls, continuous contacts, coordination, consultations, organisation: the emergency hotline is incredibly busy.

The journey to the destination harbour lasts 3 hours – too long. The aqua med doctors and the captain decide to take their chances and ask for leave to enter the military harbour of Ras Banas (Port Berenice), which is considerably nearer. No stone is left unturned to obtain the authorization for the safari boat as well as the ambulance to enter the harbour.
Then, however, the satellite telefone connection breaks down. Anxious moments pass until the connection is available again, but then there is no good news!

Due to the shock and the huge loss of blood, Christine is unconscious. The crew receive direct instrucion via telephone: they must put pressure on the wound and bandage it. Besides, the patient must be lain in the shock position. There is not much time.
Meanwhile, three aqua med doctors are on duty because the emergency hotline must be reachable for further calls. Then there is good news:

the authorization to enter the harbour of Ras Banas has been officially confirmed! Doctors and an ambulance are waiting for the patient.

Christine remembers some particulars: "I didn't feel any pain, the shock had been great. I was not conscious of the extent of my injury, I thought it best not to look at it. I just wondered why everyone asked me whether I felt cold – I lost a huge amount of blood, but I wasn't cold."

The good contacts with Egyptian doctors and local hospitals ensure a smooth organisation. Christine is brought in the ambulance for over 200 km to the hospital in Port Ghalib. Her buddy Stefan is always at ther side. During the therapy in hospital, an aqua med doctor is in contact with the Egyptian colleagues and the patient over the telephone. The aqua med team finds Stefan a room in the hospital and the coverage-of-costs declaration is immediately sent, so that the patient can receive the best possible tratment. Christine's knee is operated on and the necessary therapy follows, in order to repatriate her as soon as possible.

One week later the time has come, the flight has been booked and the ambulance transfer organised. Christine is brought to the "Sportklinik" in Markgröningen after her arrival in Stuttgart. There she can enjoy a state-of-the-art follow-up treatment and rehabilitation. The risk of a blood infection after a maritime bite wound is still high, therefore Christine must take further antibiotics via infusion. The reuslts of the operation performed by the Egyptian doctors is rated very highly. 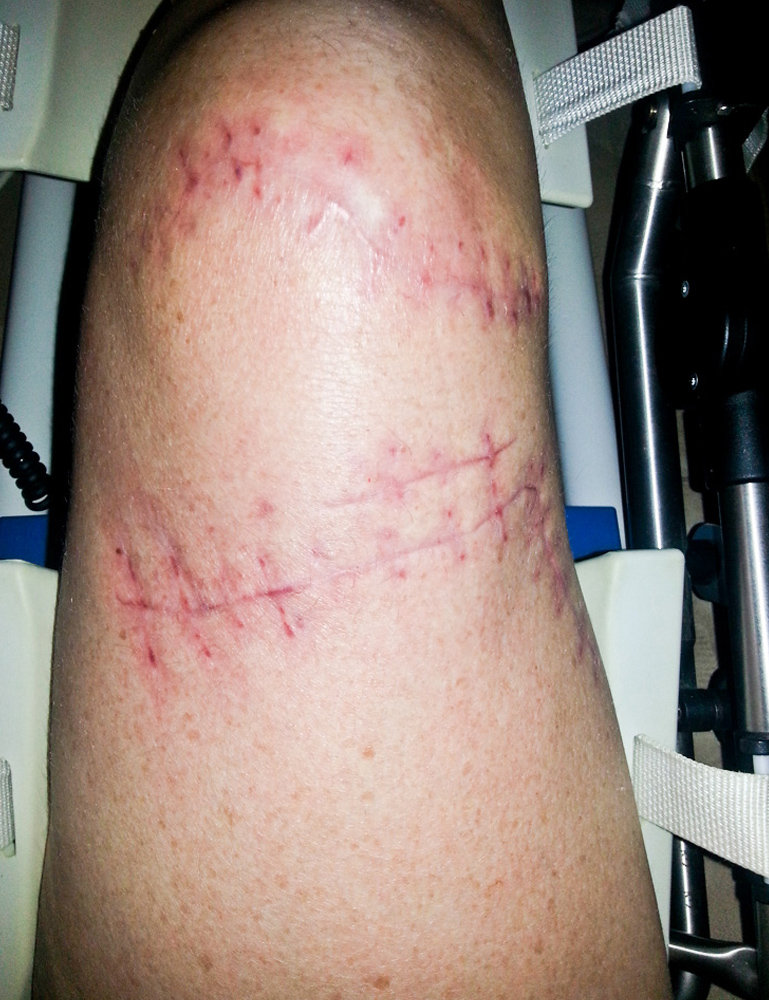 Christine feels much better now. In mid-October a suture granuloma was surgically removed. Since then she has been able to bend her knee without any pain and she has even started snorkelling again. "At the beginning I had to bring myself to keep my head under water, but then I quickly got used to it again", she says. "I am sure I will go to Egypt again: I feel good there, and scuba diving in that area is the most beautiful thing in the world. When I am there next time, I'd like to thank the doctors there personally for the good treatment."

Christine has been diving since 1992, most of the time without coverage. However, this accident has shown her how important it is to have one. First of all, for the tratment and transportation costs to be carried, but more importantly to ensure that one gets professional help fast in case of emergency. This is the distinctive feature of an assistance company like the Medical Helpline Worldwide (known in the scuba diving sector under the trademark aqua med) in comparison with an insurance company. To have a doctor directly at the other end of the phone, without getting through a call-centre first, can be vital in some cases.

"I was really positively surprised by the benefits included in this small red card. The assistance of the hotline doctors from the first call till the last operation here in Germany was overwhelming. I hadn't expected such absolute commitment. That gave my buddy and me a feeling of great security all the time", says Christine today. 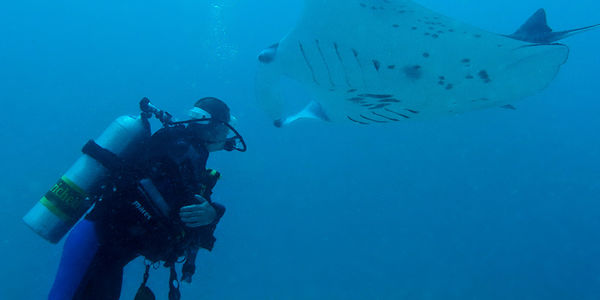 Diving in the island kingdom of the Maldives – a dream for many divers. Crystal clear water, a colourful underwater world and more than 1,000 coral islands invite exploration. ...
Read more 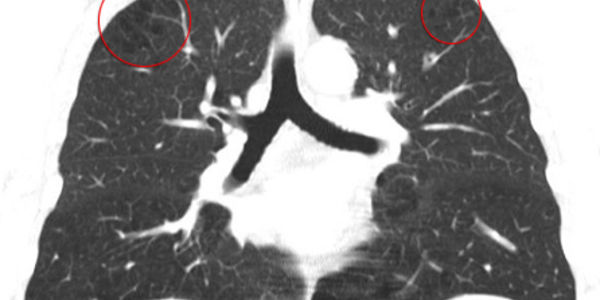 The good end of a diving instructors carreer

In September 2015, the German diving instructor Matthias U. was on diving vacation in Safaga in the Red Sea.
It was supposed to be the perfect start to a perfect vacation. ... Read more